People assume that they began their career when they got their first professional qualification and had a certificate to prove it.

I’ve interviewed many entrepreneurs and company founders and I think their working lives start much earlier than that.

Toddler? Teenager? Trainee? When did your expertise emerge?

Pick a skill that you use in your work. You might be analytical, creative or brilliant with people.

Cast your mind back to your earliest memory of that skill. If you’re like Andy Parsons, founder of Yelo Architects you might associate it with someone in your family.

Andy has a particular flair for creative design. He finds arresting shapes in places where others just see empty space. When Yelo worked with Ridgeview wine estate, Andy talks about “being totally struck by the amazing view from the tasting room over the vineyard”. 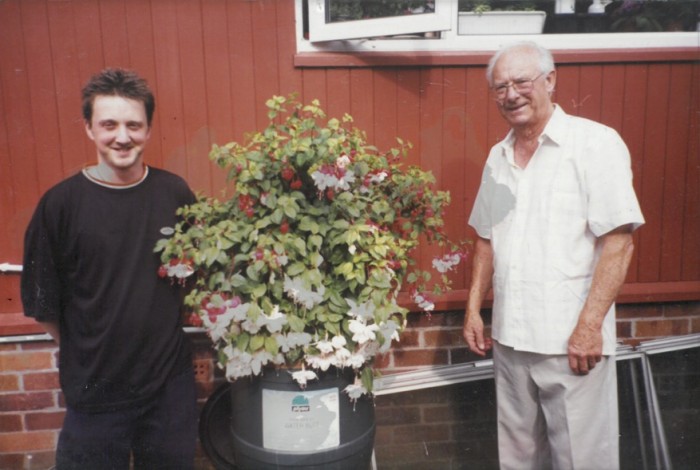 Andy and his grandfather

That moment sparked the design for the room, with walls angled to capture and reflect the light – just as the vines’ leaves do in the changing seasons.

Design is part of Andy’s DNA.

Andy’s creative eye was being developed well before he had any idea that he would become an architect:

I grew up in Devon and the first memory I’ve got of creativity was from my grandad. He ran a garage and serviced cars and caravans and all those sorts of things. But he was more of an inventor and he was always making things from unusual objects. I realise now that he was quite entrepreneurial in his way.

One winter it was pretty cold and he decided that he was going to make a snow plough.

Let’s pause the conversation for a moment. It wasn’t a slip of the tongue from Andy, nor a typo from me. I don’t mean a snow man, I mean a snow plough. Back to Andy:

And that’s what he did. He built a snow plough in his garage! And he didn’t stop there. When he saw those pop-up caravans, he decided he was going to make one of those too. So he just made a pop-up caravan, which is incredible when I think about it. I was always hanging out in his workshop and seeing him make things. So that creativity comes from him.

When did you develop your commercial value?

The skills you monetise as part of your business were probably being nurtured at play, primary or secondary school. Andy’s own inventiveness emerged strongly during a school project – and he was still several years away from sitting any architectural exams:

When I was 15 they handed us the plans to the whole school and you had to change it into something else. I changed it into a Butlins. I had all these slides coming out of the building and into the back of the building. I thought, “I quite like this”. And then my interest grew really quickly from that.

When you recall these early moments, the true scope of your track record becomes clear. I’m thinking of the 10,000 hours we’re meant to clock up to become real experts. Andy began notching up the milestones when he was a youngster, first in his grandfather’s garage and later at school, designing those Butlin’s slides.

If you think back to your own starting point: 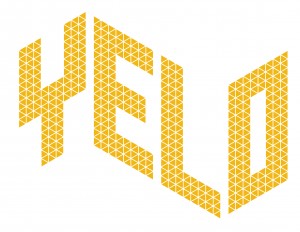 Make your mark on your audience.

I interviewed Andy about his business story about two years ago, for the Brighton and Hove Chamber of Commerce. His expression of delight when he talked about that snow plough is still with me – as are all the smiles on the faces of his audience. The way in which he told it also spoke volumes about his ethos and Yelo’s culture: a genuine enthusiasm that wants to involve everyone – consultants and clients – in the creative process:

I think architecture can be quite standoffish and elitist. I’m not from a wealthy background and I don’t see it that way. I think architecture is actually a really wonderful discipline. It should be more open because if you’re trying to design or build something for someone, you need to really engage with them and explain it to them, so that they understand it.

A story that proves your expertise and commitment.

So what is – on the surface – a highly entertaining anecdote about a snow plough, actually serves a business purpose. It tells Andy’s audience that creativity has been part of his life since childhood. And, because it’s delivered in such a warm way, it also tells them he is still enthused by his work.

An expert in his field who continues to care very much about what he does. Useful to know if you are looking for a good architect…

I rest my case.

(You can read more about Andy’s views on innovative buildings and architecture in the news pages of his website.

PS. Heard the one about The Apprentice and The Architect?

If you watched the latest series of BBC1’s The Apprentice, do you remember Vana in the real estate episode? When she teamed up with Richard to shift properties worth £1.4 million and rising.

One thing that set them apart from Joseph and Selina was the fact that Vana regularly talked about her architectural ancestry and how both her parents were architects in New York. Her version of a beginnings story.

She might have overdone it a bit. One commentator claimed she name-checked her mum and dad 64 times. Whatever the figures, Vana is a good example of how track record is not just measured by the number of paper qualifications you have. It’s about demonstrating your (genuine) commitment in other ways – and that includes telling the story of how it all began.

What’s the missing bit from your company’s ‘beginning’ story?

Not sure what it is? Give me a call today on 07456 416 475. Let’s see how it could help to position your business more strongly in the market place.