I was shopping and I saw this display in a chemist’s window:

“Good grief!” I thought. “Is that how much sugar is in a pot of yoghurt? I had no idea”.

Well, I did have an idea. I’d probably skimmed over the ingredients countless times. But the facts only made an impact when I saw them in 3D, lined up as snowy white sugar cubes in that shop window.

The display was so good, my daughter and I stopped in our tracks and spent at least five minutes exclaiming at the different quantities. 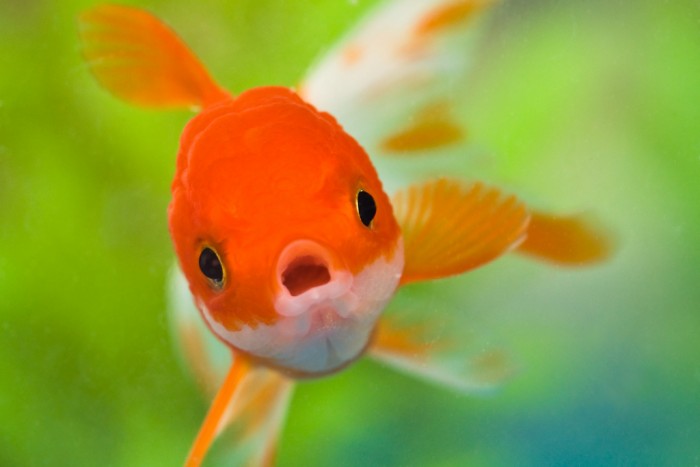 There was so much ‘oohingׄ and ‘eeeuhing’, the pharmacist probably thought a couple of human goldfish were about to descend on her premises – such was the opening and shutting of our mouths on the other side of the glass.

Do facts and figures leave you cold?

So why did this simple display hit home, when the written list of ingredients had washed over me for years?

Firstly, it had instant visual impact. ‘14g of sugar’ is abstract. But four little sugar cubes sitting reproachfully in a line was powerful. I had this image of them crumbling and coursing round my inner tubes. (My grip on anatomy is hazy, but my imagination is powerful).

I engaged with it. Whereas before, I’d always binned the statistics on the yoghurt pot, blissfully ignorant of the amount of sugar I was spooning into my body.

So if your message is abstract, try to illustrate it with a concrete, tangible example.

…then get a feel for those facts.

Secondly, that visual impact prompted an emotional reaction. Raw feelings. In our case, a sense of surprise that was big enough to elicit an ‘ooh’.

I’ll call it the ‘Other Goldfish Effect’ because, in communications terms, it is worth its weight in gold. If your words and images get an audible or visible reaction from your audience, you know your message has hit home.

Coming to my blog soon: someone who excels in creating stories that trigger the ‘Other Goldfish Effect’: Abi Leland, MD of Leland Music, who combines music with images to make you ‘smile, grin, gasp and cry’. She leads the way in the world of ‘sync’. Never heard of it? You’ve grown up with it and it makes a mark on you every day. More anon…