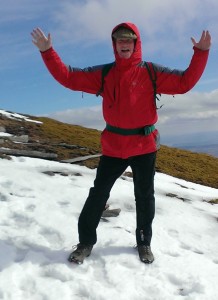 I remember when I first started my business, I’d put on my best ‘brochure’ face when I went to networking events. When asked how my fledgling enterprise was doing, I’d give a stock answer, “Fine, thank you”. Normally my questioner would respond in kind, “Me too”.

This was all slightly odd, because the economy was struggling to get above a grade ‘D’, lurching between a high of ‘doldrums’ to a threatened low of ‘double-dip’. As for me, I was in the typical early-stage-entrepreneurial-mode, lurching between the excitement of new ideas and the anxiety of wondering whether they’d ever work. So as an adjective, ‘fine’ fell far short of what I was really going through. I suspect the same was true for many of my fellow networkers at the time.

I’ve borrowed the term ‘brochure’ from Roy Lauder (pictured above with his arms triumphantly aloft), a senior consultant with the business coaching company Shirlaws. When he’s exploring the business journey of a new client, they sometimes, understandably, take a while to open up:

Of course the use of the word ‘feelings’ is, “Oh dear me! In business, gosh, what an awful thing to be doing…” So you often get the ‘brochure’ in the early part of a conversation, where the clients gloss over the difficult parts. In business they’ve spent their life doing that because that’s how they talk to the bank manager; they gloss over the difficult bits. “Don’t worry, that’s all under control, the numbers will be fine”.

Yet, setting up, running and growing your own company is an emotional business. It’s your baby. At times you’ve had to feed it round the clock, with sweat equity as well as cash. It’s take, take, take, with not so much as a winsome smile in return. 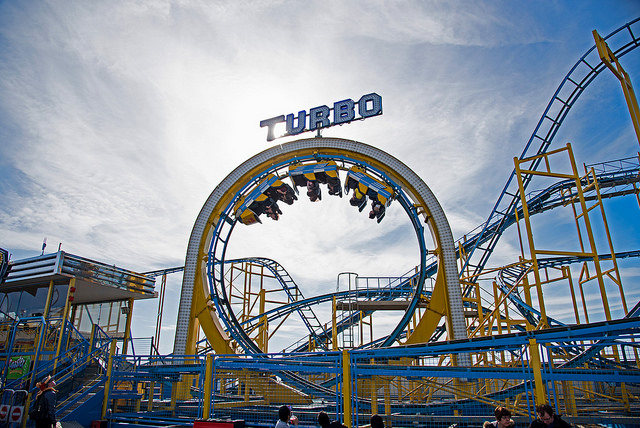 And, as Shirlaws make clear, it’s useful to tell the story, honestly, of what that journey has been like. But pick your audience carefully; someone trustworthy and receptive, who can read between the lines. Roy:

As a coach, you’re not labouring emotion and feeling, you’re just getting your clients to tell their story: “So tell me more about this”. You’re using words that help them to open up and explain.

I coach Shirlaws coaches to listen for the feeling words when they’re talking with prospects or clients, because that’s really where the gold lies. The gold is hidden in behind those little feelings words that often we gloss over.

So in an early stage conversation, it might be, “Well that was a bit of a tough time but, moving on, we had a great time there, this was good, we made lots of money, we’re number one, dah de dah”.

And if they use a feeling word like, “Well, that was a bit tough”, then you say, “Right, okay. So you mention that was a bit ‘tough’. Tell me a bit more about what happened there”.

And then they’ll go in and tell more of a story. And you get more of the emotion coming out if you go and prod in those areas. 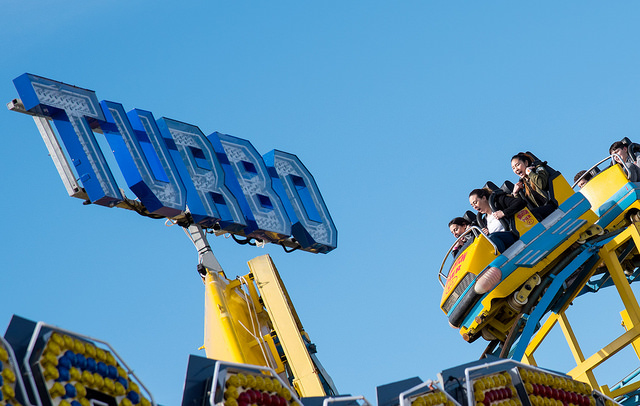 It’s sometimes tempting to measure the success of a company by its bottom line alone – and gloss over the fact that you’ve achieved a healthy bank balance at the expense of your evenings, weekends and holidays. What’s the point of having loads of spending money when you’re too exhausted or ratty to enjoy it?

So conducting an emotional stock-take helps you to see things more clearly and gives you a focus as you move forward. Let’s not faff around. Roy strips it down to two things:

Usually the client is either trying to get away from pain, or get towards gain. So there’s something that’s really driving them: “There’s a big goal here and I’m frustrated because I can’t get there”. And therefore you’re tapping into, usually, quite a lot of positive energy.

Or you’re tapping into some negative energy around, “We’re really struggling, we’re stuck, there’s lots of difficulties going on”. So you’re really trying to find out that.

With those two poles – that they can’t get away from the pain and they can’t reach the gain – that’s the role that we’re able to tap in. So we’ll say, “Right. So would you like to feel better about this? How would it feel like to get that goal?”

Or, “How would it feel to get away from all that pain?”

A holistic definition of success.

Putting on a brave, brochure face is fine in certain situations. But if you get the chance to tell a more rounded version of your story, it will help you to work out which aspects of your business reward you the most.

It’s not just about the economics; emotions count too. As Shirlaws put it, the most rewarding businesses are ones that are ‘easy to run and a joy to own’.

(And in communications terms, telling your story in a way that goes beyond the brave face makes you, and your company, more memorable. Apparent vulnerability is actually a strength.