In 2016 I was lucky enough to talk to Sir David about his brother, Lord (Richard) Attenborough, for the University of Sussex. 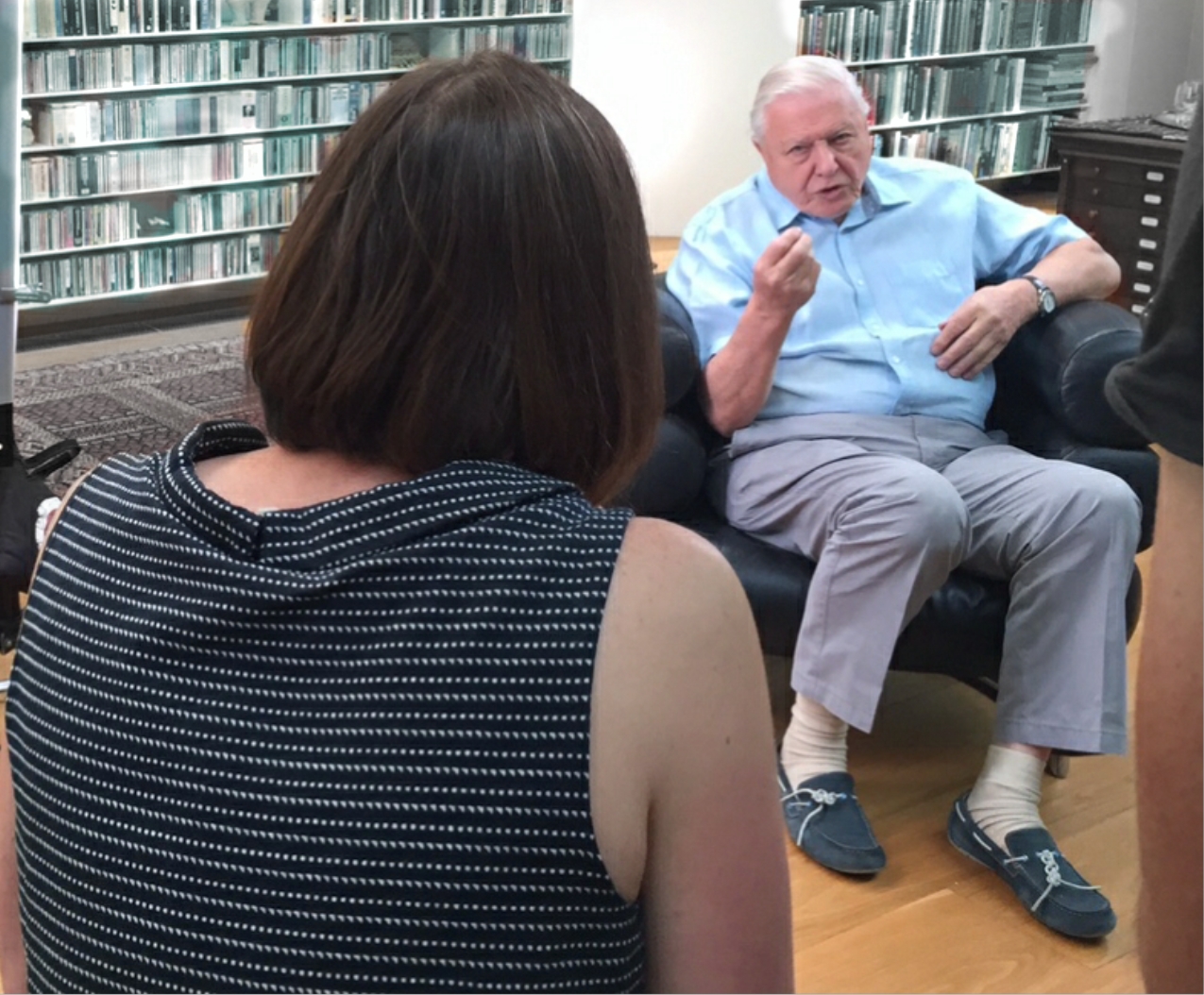 Richard Attenborough was an Oscar-winning director and versatile actor who appeared in more than a hundred films. Perhaps less well known is his long and fond association with the University of Sussex.

It began in 1968, when he was directing his first feature film, ‘Oh! What a Lovely War’. He recruited students as extras to play soldiers being sent to the trenches.

Two years later he became Pro-Chancellor and then Chancellor from 1998 to 2008, delighting audiences during graduation ceremonies.

To celebrate the newly renovated Attenborough Centre for the Creative Arts the University commissioned Parlourwood to create a tribute to Lord Attenborough.

As part of this, I was asked to interview Sir David.

You don’t need me to tell you that over the course of his career, David Attenborough has captured the private moments of every type of living organism on this planet. A broadcasting giant who’d just been interviewed by the President of the United States at the time, Barack Obama.

I’ll be honest. I was a bit nervous.

I needn’t have worried. I was soon drawn into the parallel stories of two driven and focussed brothers.

When you list the milestones of their respective careers, the Attenboroughs’ achievements, often in tandem, are highly impressive:

1940s: David receives a scholarship to Cambridge; Richard wins one at RADA and, a few years later, enjoys his breakthrough acting role as Pinkie in ‘Brighton Rock’.

1970s and 1980s: David writes and presents the first trilogy of ‘Life’ films – ‘Life on Earth’, ‘The Living Planet’ and, in 1990, ‘The Trials of Life’. Richard’s film ‘Gandhi’ wins Academy Awards for Best Director and Best Picture, and there are Golden Globe nominations for ‘Cry Freedom’ and ‘A Chorus Line’.

The film not only celebrates Lord Attenborough’s artistic achievements. It also sheds light on why the role of Chancellor at the University was so important to him. As you’ll discover, when you watch Sir David, it goes back to their childhood:

My father was an academic and very scholarly. He simply couldn’t understand that my elder brother – his first born son – was failing in standard exams – which my father thought were child’s play. He was failing of course because he was spending all his time in the theatre…

My dear brother, he had one thing that was quite misguided, and that was, that he had that impression, (which stemmed from the time when he was an early teenager from what his father said to him), that he had not come up to the mark in terms of academic achievement. And the fact that he transcended all that, very, very early on, didn’t convince him. He still always thought that there was an ideal up there, which was an academic one and he hadn’t reached it.

A different side to the Attenborough story.

So if you’ve grown up enjoying Sir David Attenborough’s narrative style, watch this film. It includes a brilliant photograph of the two brothers dressed as charladies – “the ladies what come to oblige”.

I’ll say no more. See it for yourself.