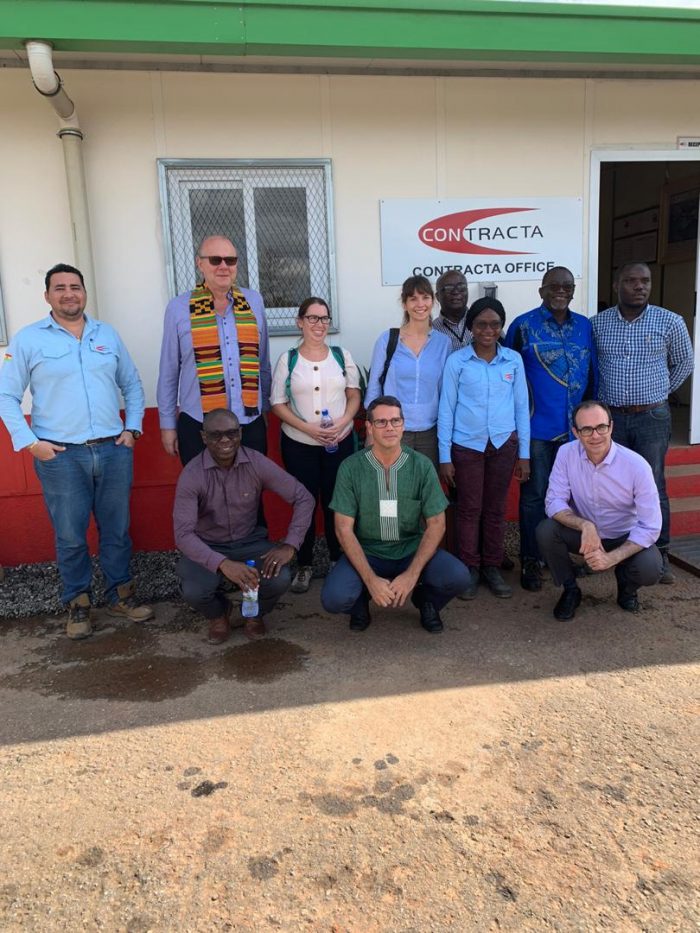 Company values are difficult things. Distilling a set of guiding principles down to a few words often squeezes the meaning out of them.  That’s why I love talking to business leaders about what drives them and what they stand for. During these conversations their values are fleshed out by the stories they tell.  After that, it’s a case of joining the dots and seeing if their organisation is a place that demonstrates those values, as it goes about its daily business.

Whether you’re the leader of your own company or part of someone else’s, being clear on what matters to you is important. Do you want to create – or even be in – a place, if people are operating in a way that jars with your sense of what is right?

Conversely, when you can see that your company’s values match your own, and you communicate that to the wider world, you’re more likely to attract the right talent and clients – people who buy into your sense of what’s right and stick by you, helping your organisation to grow in the way you want it to.

Gustavo Dias Bergamasco, the UK Country Manager of Contracta Construction UK, has this clarity. I’ll return to Contracta in a moment. But first, this is how Gustavo (kneeling, far right) absorbed his parent’s guiding principles as he was growing up in São Paulo in Brazil – principles that have held good into adulthood, at home and at work:

“The complexity of values is really deep. I think it goes back into deep roots, with family. Growing up in my family, my father was working as an executive of a company. He travelled a lot, waking up very early and arriving home very late. He was always trying to balance work with the importance of a growing family and then transferring the values to his children. My mother was always on the backstage, giving support to my father.

“I recall vividly my father saying that he didn’t manage his salary. That was my mother’s job. He would earn the monthly salary, and she would take care of it. They did very well. They evolved as human beings, and we were around that, and they were transferring those values… Caring for each other, minding the other and also minding about your things, things that you take pride in. You take care of them, you nurture them.

“Also being mindful of your surroundings. Not just looking ahead. You look to the side. You look back. If there’s something not right at your side, you take a step sideways, and you try to improve it a little bit. Even if it’s not supposed to be your immediate function or one of your direct responsibilities, you do it. And you do that in your household. You do that with your parents, by simply putting your dish in the sink for it to be washed later, or just giving time to your younger brother to help him ride a bicycle.”

When Gustavo joined Contracta in 2008, it was a ‘very small construction firm in Sao Paulo in Brazil, doing a bit of work for the government and a bit of real estate development’.  Like his father, he worked long hours, always ‘mindful of his surroundings’, alert to when his colleagues might need his support:

“The business is a family-owned business. I think what made me stick to Contracta – and Contracta has also helped me grow as a professional – is that you treat things as if they were your own, in a good way, obviously!

“The owners of the company were there every day, looking with a magnifying glass over everything. They knew every single employee by their name because we were just a handful of people doing the work.   The values behind it was taking care and doing the best that they could, so the business could thrive. If business was developing and was progressing, then the people working there  were also progressing.

“When I started working with Contracta, I was taking care of things as if they were my own. If I saw there was an employee in need of development, I’d reach out to my bosses and say, ‘Okay, this person, they need some training. We’re not doing very well here because there’s lack of knowledge’ or, ‘We’re not doing the right thing here, because there’s not enough time so we need more people’.

“I was imagining my money there, and the risk represented by all these challenges that we would have going forward, if these issues were not sorted out. By doing that, I think I related to the business owners. They saw in me someone who had the same mindset.”

In the last decade Contracta has grown rapidly. It now has offices in London, Italy and Brazil and more than 400 million euros’ worth of construction and engineering projects on its books.  When a company expands like this, there’s a risk that its founding values get diluted and disappear. But talking to Gustavo, now in charge of the UK operation, it looks like Contracta has kept its guiding principles intact. One example of this is how the organisation won, and is delivering, the Kumasi Central Market project in Ghana.

Kumasi Central Market is one of West Africa’s largest. Every day between 600 and 800,000 people converge on this vibrant, sprawling site to buy and sell food, fabrics, household items and livestock. In the past it has suffered from regular fires and flooding, as well as sanitation issues – inevitable when thousands of stands selling meat, fish and live animals are packed so closely together.

For years there had been discussions about how to renovate the market and a number of companies from different countries made noises about coming up with a plan. One of the challenges was resettling the thousands of store holders during the construction period. Resettlement usually hits the news in the context of war or natural disaster but as Gustavo points out, commercial resettlement is just as disruptive to livelihoods, particularly on this scale. Imagine someone suggesting you shift the entire population of Nottingham or Glasgow several miles down the road over a period of a few weeks. A tall order.

As Gustavo described how Contracta’s CEO, Fabio Henrique Camara, approached the challenge, it struck me how at a company level, Contracta is also mindful of its clients’ surroundings. Fabio was invited to visit the market and it seems that he found the solution by taking a careful look around him – literally to the back and both sides. That led to some clever lateral thinking on how Contracta could reduce the upheaval of resettlement:

“When Fabio went to Kumasi he had a vision that was more of a logistics vision than a construction vision. He saw that the new market could be built on an area where they were currently parking lorries and vans. It meant you needed to relocate only a few people to do the first phase of the project. And once Phase One was ready, then you could move the people who were on the real market and free up that space for another phase and so on.

“When Fabio was leaving Kumasi to go back to Brazil and to sit down and try to find a solution, the guy that had taken them round the market said,  ‘Okay, just please don’t be like the seven companies that came here to visit, said they were going to find a solution and who never called back!’

“Within six months Fabio had presented a solution for the market, which is now implemented after three and a half years as Phase One.”

Contracta’s mindful approach went far beyond the logistics of resettlement.  As Gustavo would be the first to point out, ‘surroundings’ are not just physical, they are cultural as well. Phase One became a close collaboration with Contracta’s Ghanaian partners:

“From the beginning we hired people locally. On our sites we cook proper Ghanaian meals provided by Ghanaian suppliers and we eat together. And all the needs that the community asked for were incorporated into the project, including cultural aspects of the Ghanaian, and Ashanti culture specifically.

“The bathrooms for one of our projects, the Kotoka Hangar, are an example.  Usually, we design the toilets in an enclosed space, inside a building, with a forced ventilation system, using fans.  But our Ghanaian colleagues said, ‘That doesn’t work here. We need to put the bathrooms on the outside walls, because the power runs out, so there’s no air conditioning and no forced ventilation. We want to be able to open the window so fresh air can come in’.   So we took those adaptations and incorporated them into the project.”

As I listened to Gustavo, it was clear that the values he holds dear as an individual – being mindful of your surroundings and the needs of other people – are also values that run like a thread of steel through Contracta.

In the last 12 years, this ethos has proved its commercial worth too.  When you and your company are clear on what matters and behave in a way that’s consistent with what you feel is right, clients and colleagues start to notice.  Word gets out that your organisation treats its people and business partners with respect.

That is why Contracta has won even more work, not only Phase Two of the Kumasi Central Market project but also upgrading the maternity unit at Kumasi Teaching Hospital, KATH, and developing Kumasi airport. In addition, Gustavo’s team are getting enquiries from other African authorities, who are keen to see how Contracta’s respectful approach will benefit their infrastructure projects.

Like Gustavo, you will have stories about what’s important to you and your organisation. If you’re clear on how those two sets of values fit together – the individual and the group – don’t keep those stories to yourself. Make sure the people you want to work with, future colleagues and clients, also get to hear them.

If you’re not clear on what those values are or how to articulate them on behalf of your organisation, but you’d like to know, because then you’ll attract more people who will buy into your sense of what’s right, email me now. I’d love to be a sounding board.