Cocoa Loco started when Sarah Payne took a career break from her computer programming job to look after her children. She discovered that she was very good at making brownies. They were always in great demand when she went round to her friends’ houses. So one day she said to her husband Rory, “I’m going to sell my brownies on eBay”.

“So positive, supportive husband, or typical man, (you can take it either way), I said, ‘Nobody’s going to buy brownies on eBay!’ And of course I’m now working for the company, having left my job in London. What do I know?”

He pauses. “Well, I’m happy to admit my mistakes!”

“So Sarah started selling her brownies when nobody was really doing food on eBay at the time. People really liked it – and people who weren’t friends or family.”

Enthused, Sarah started doing farmers markets and supplying her brownies to local farm shops. Then came the learning curve of producing delicious things in volume: “In the kitchen, we had an Aga. So when we started baking, the first batch would take 25 minutes. By the end of the day, the batches were taking an hour and 45 minutes, because the thing had lost so much heat over the day.”

Diversification followed, with a request from an existing customer to make chocolate truffles for her wedding. So Sarah started adding pure chocolate to the range. This meant Cocoa Loco could offer farm shops a mouth-watering choice of goodies: chocolate buttons, bars, lollies and cookies.

And these treats make you feel good for another reason: Rory and Sarah consciously put their personal ethics into the business. They’ve been organic from the start and are certified with the Soil Association. Then, a couple of years in, they started moving everything over to Fairtrade as well. Rory: “Now our range is 100% organic and fair trade. And we actually make the biggest range of fair trade chocolates in the UK.”

While Sarah had all this going on, it seemed logical to give up her old career completely and focus on her culinary skills. That’s what she did in 2005, when her son Oscar was about to start primary school.

Meanwhile Rory was commuting to HSBC. “My last role with them before I joined this business was running programmes of IT projects for HSBC Investment Bank’s foreign exchange money markets. This was a job I enjoyed but they expected their pound of flesh.”

In 2006, just a year after Sarah gave up her computer programming career, Rory decided that he’d had enough of leaving the house when his children were still asleep in bed… and returning after they had gone to bed. He wanted to see more of his family and friends. Something had to give. That something was his well-paid job:

“So I made a leap of faith to join the business. It was quite scary actually. When I left, it was strange: a lot of my colleagues were metaphorically patting me on the back. There was a genuine feeling of wishing me well, because it was something they wanted to do themselves in whatever direction – but haven’t been brave or stupid enough to do.”

And, in the end, this brave move proved to be a smart one. Thanks to Sarah’s creativity, Cocoa Loco’s range of products continues to grow in the Chocolate Barn. Cocoa Loco also has a chocolate shop and café in Horsham, West Sussex.

Here’s a selection of her Easter treats: 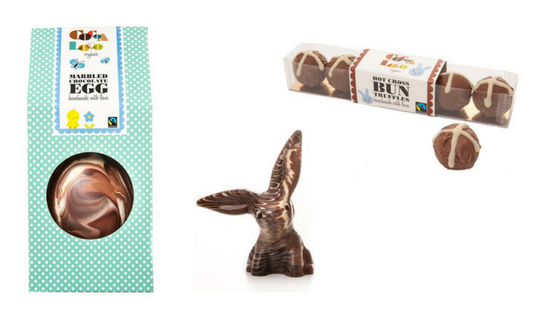 Taken across both sites, the team numbers 24 people. But as Rory points out, scaling up is not just about numbers. It’s about making sure that the people on your team have the right skills for the next stage of growth. And that includes himself, as Managing Director:

“We’d got to a point in the business where, in terms of our turnover, our size and the problems we were facing, we’d reached a plateau. It’s that realisation that just working harder isn’t going to get you through it. If you keep doing the same thing, you’re going to get the same results. Actually we needed to work in a very different way to move forward.

“We recognised that we had reached the end of our natural knowledge, and we knew we needed a fresh perspective and fresh help.”

That help came from business coach and founder and director of the Bold Decisions Consultancy, Nigel Lambe.

Nigel works with the leaders of companies with high growth potential in the food and drink sector:

“People have to be ready to change or there is no point. When I get involved in any business, one thing has to be clear from day one: the leader(s) of that business are going to have to do different things on a daily basis to those they are used to doing. If they don’t, they will just get the same results.

“It’s about finding ways they are willing to do that. They must be willing to delegate something that won’t be done in quite the way they’ve done it up until now. But they actually realise that their time and freedom is more valuable to the business than what they were doing before.

“It’s about having a growth mind-set and avoiding that fixed mind-set that a lot of bigger company people tend to have.”

DIY P45: how to sack yourself

So astute leadership means issuing yourself with a succession of P45s; shedding the jobs you used to do.

That’s hard – and sometimes you need a nudge. Rory:

“One of my strengths, and also one of my weaknesses, is getting too much involved in the detail. And that’s not always an enabler for delegating. Something that Nigel said struck a particular chord with me: he always tries to assess the financial damage a person could do, if he delegated something to them and they really made a hash of it. So he uses £500 as a mental yardstick and says, ‘Well, you know, if I think you’re just going to cost me £500 if you muck it up, then crack on. Off you go. Do this for me’.

“The figure is actually meaningless. It’s more asking the question, ‘How much do I need to worry about this?’ You can’t put a figure easily on reputational damage for example, so £500 is more like a totem to ask yourself, ‘Is this a big issue or not? Or am I over-worrying it?’

“And actually those little rules of thumb or maxims are very useful because they are simple and stick in your mind. They are quick tools that you can get out of your toolbox and test things against. Sometimes I think you just need to check yourself and stop yourself from falling into your own behavioural patterns. So yes, I am trying to use this maxim a lot more, on a weekly basis.”

So the last few months at Cocoa Loco have been about reorganisation. As Rory puts it: “making the changes in the business to be doing something different”. That includes appointing a new General Manager, with a wealth of catering experience. It’s also meant bringing in a manufacturing expert to do an operational review of the Chocolate Barn, where all the chocolate goodies are made. Rory:

“If you were to come to the Chocolate Barn it is not a factory. It is a kitchen and you would recognise it as a large-scale home kitchen, a restaurant kitchen. Yes our team are wearing all the right clothing and the hair nets, but there aren’t production lines. That said, in order to move the business forward there are manufacturing processes and practices that we can adopt. Then we’ll get the best of both worlds, be more efficient and move forward.”

If you’re wondering, the Aga is not part of those manufacturing processes. Lovely though it was, it got its P45 and embraced retirement when the Paynes moved house three years ago.

The success that comes with sacking

Nigel is the first to admit that change isn’t easy, but it’s vital:

“Growth depends on the leaders’ ability to build a team. No one can do it on their own. That’s a really key piece – surrounding themselves with people who are better than them. So that’s about being willing to change.”

Rory: “Nigel has been great, bringing that third dimension to the picture and being a facilitator of the change.”

Forget P45s. Are you hungry? 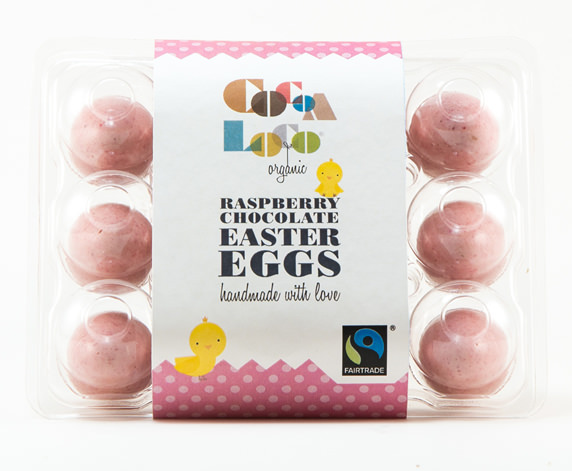 And if all this talk about change and chocolate has made you peckish, Cocoa Loco will deliver to your door. Time to fill your online shopping trolley with Chocolatey Boxes perhaps? Who could say ‘no’ to a Dark Chocolate Raspberry Star or a Milk and White Chocolate Penguin? (After all, chocolates aren’t just for Easter, are they?)

And if you’re up for change and leading a company in the food and drink world, you can find out more about Nigel’s work here: www.bold-decisions.co.uk.