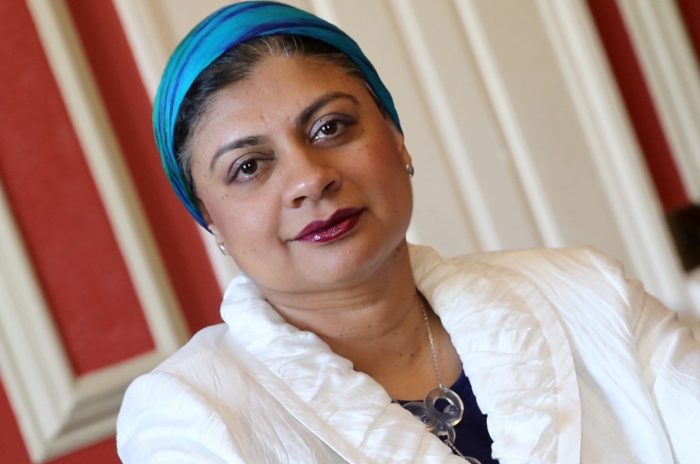 However senior or successful you are, a version of that phrase has probably flitted through your mind at some point.

How did you react to that feeling of being thwarted or overlooked?

Perhaps it sapped your enthusiasm. Or, as Ishreen puts it, you might have had an “I’ll show them” moment and been spurred on to work even harder.

Ishreen Bradley is the founder of Parity Pioneers. She makes it her business to help smart executives remove the obstacles that make life at work seem unfair. She helps them to change their thinking, so they get the recognition they deserve and move ahead faster.

Having spoken to Ishreen, it occurs to me that there are different levels of frustration:

Ishreen and her partners specialise in this third, corporate level. 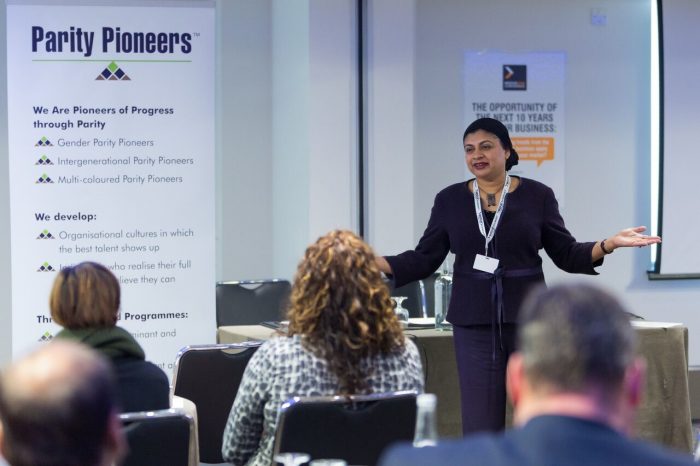 The competition is tough and you’re expected to be highly visible and to operate at speed.

Parity Pioneers know that senior managers will only fulfil their potential when they understand the corporate systems in which they work.

One example of this is realising that glittering results are not always enough. You also need to build relationships that increase your visibility and draw attention to those achievements. Their revealing research, Shooting for the C Suite suggests that, ‘although women successfully use their natural EQ to excel in their roles, they are failing to use it to progress their careers’.

Be recognised and rewarded.

Supporting senior executives to progress faster is close to Ishreen’s heart. In fact, the themes of results and recognition run through her own career and life, from pre-school onwards:

I think it really goes back to when my brother was born. I was 5 years old. I will tell you this as I experienced it.

If you are five years old and a new sibling arrives on the scene, you’re not bothered by the fact that your mum might be having a stressful time looking after the baby. All you can think about is that she’s not spending as much time with you. You’re not registering on her radar as much – and when you do, you run the risk of being told off. You feel like an outsider.

As an adult, and a mother, Ishreen now knows better! But at the time she was no different to any other older brother or sister:

I’m 5 years old and I run into my bedroom to give my mum a hug. She’s there with my baby brother and she’s feeding him. I run up to her and she tells me to get out of the room. I’ve never heard my mum say that before. I’m really upset and I think, “Wow, she can’t mean that. She’s my mum. She loves me”.

So I run up to her again and she tells me, “Get out of the room now”.

I’m devastated. I feel like my mum doesn’t love me. It’s really not fair. Why does this thing have to come in and take my mum away?

And in a sense it is not true. This is the interesting thing in the parity story and getting myself to parity. It is actually not true that he was getting all the attention. He was just the baby at the time. But in the little girl’s head, it is true.

It’s really funny what happens in a child’s mind because now that I’m talking about it, I can remember lots of instances where my parents were talking to others positively about me. But it didn’t land. I can remember now, making up this poem when we were Sri Lanka. I must have been about 10 and I wrote this poem. My parents were so proud of it. They were showing it to everybody. But it didn’t register.

The centre of attention, then side-lined.

Does any of this ring any bells, in the competitive corporate world? The moment when, after years of being recognised, rewarded and promoted, you are no longer attracting as much attention?

If that happens, it’s unlikely to have anything to do with you and your abilities. It’s more likely that your peers and seniors have got other things demanding their attention – just as Ishreen’s baby brother was monopolising her mother.

Whatever the reasons, what matters is how you react to the changing situation. Will it sap you or spur you on? Or do you take stock of yourself and the system, and decide to work differently? I suspect that Parity Pioneers would prefer the third option, but we are jumping ahead. Let’s go back to the teenage Ishreen:

By this time, Ishreen is at grammar school and her brother is being sent to public school. Once again, rightly or wrongly, she feels that the situation isn’t even handed. It isn’t fair. And it strengthens her willpower to be the best:

There was this determination to show them, my family. So, “It’s not fair, I’ll show them”. So I worked really hard. I did great at sports, I had some brilliant academic results. Then, when my O-Level results came, I realised the amount of attention I was getting. Up until this point, I think I felt quite attention deprived, true or not. I don’t think it was actually true, it was just a feeling.

So, the O-level results came and I had so much attention! You know, you run down and open the letter. There were lots of people around and mum and dad were talking about me to others. They were all just talking about my results. And there were flowers. I remember the flowers! It’s so funny…
And I think I made a decision at that point: “Do you know, I’ve got to keep getting good results, if I want to have this experience”.

So I became more and more focused on results. It became about collecting trophies, in order to achieve a sense of fairness or being noticed. The trophies were great – A-level results, doing a good degree, doing a MBA… all of that.

I felt I needed to feed the results generator to feel that I was getting recognised.

Whereas, with my brother, I can see that he didn’t focus on results. Well, he did well enough: he did dentistry at Guys, and a Masters at Cambridge. So he did achieve but not through getting the best results. What he did was to build some great relationships and he spent the time building those relationships. Whereas for me, there was this driven ambition to be the best.

And I think this is part of the women story as well: “Let me do a good job and I will get noticed and get promoted”. But it doesn’t always happen.

And in our research with women, one of the key themes was that women are really good at producing results and managing their teams and doing everything they need to produce those results. But they don’t spend time developing relationships at work.

And, as Shooting for the C- Suite points out, even highly successful women are reluctant to promote themselves. They want their results to speak up for them and do all the marketing.

Raise your profile through relationships. 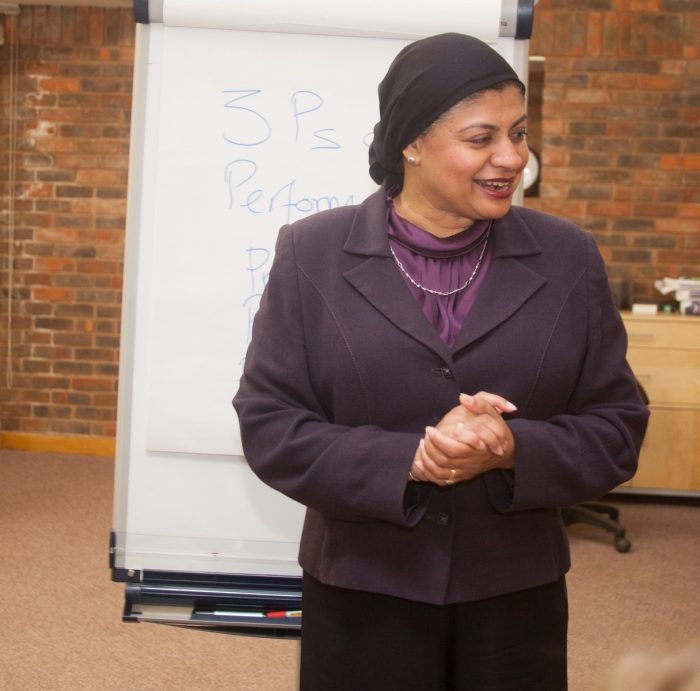 When you read the story of Ishreen’s brilliant career you’ll see that she gets the results and the recognition. She’s headhunted several times. She’s given senior roles for exciting projects, including setting up a £12 million media business for the international management consultancy Cap Gemini. They are the corporate versions of those celebratory O-Level flowers: somehow, Ishreen has got herself talked about to a wider public.

It’s no coincidence that one of Ishreen’s qualifications is a MBA in Strategy and Marketing. Because if you’re a senior leader in a big organisation, your great results are a given.

What you need next is to market your good work. Be properly recognised by influential people in your company. Network proactively, so you are talked about by your supporters. Then you’ll get on the radar of outside companies who need your talents and who will want to headhunt you.

Show them what you are worth.

Does it sound a bit too Machiavellian to you?

If I have read Ishreen right, she’d say no. Of course not.

All you’re doing is getting yourself to parity. Giving yourself the right and the confidence to speak up for yourself.

The right to promote your work and raise your profile.

The right to be more entrepreneurial about hunting down opportunities.

Be recognised. Be rewarded.

Leave “it’s not fair” behind. For good.

And if you’re not sure where to start, drop Ishreen an email. She’s one of those people you feel you’ve known for ages, after just a few minutes. A high flyer who’s reassuringly warm and down to earth. (I have a theory as to why this is. But that’s another story.)